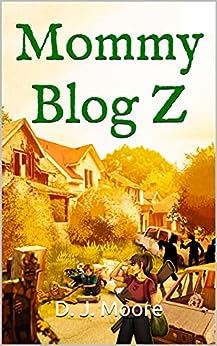 It’s the zombie apocalypse, but parenting hasn’t gotten any easier. Kids still refuse to go to bed, are picky about what they’ll eat, and throw tantrums. That’s why Mort’s mom is here to give parenting advice to any other parents who might have survived these difficult times. At what age should you start training your child in the use of weapons? Even if the zombies are slow and stupid, is it okay to let your child poke at them with a stick? How sane does your babysitter really need to be? These questions and more are addressed in Mommy Blog Z. 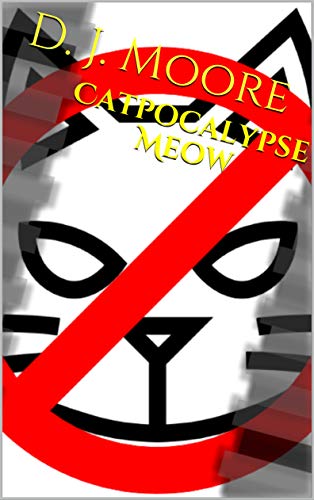 High school student Freddie LeBlanc spends most of his days swapping dirty jokes with his friends and trying to get into his girlfriend’s pants. However, his world is turned upside-down when he discovers that not only can cats talk, but they’ve got a secret agenda. Also, could a certain presidential candidate be involved somehow? Find out what covfefe really is in the book that gives a whole new meaning to the phrase “Grab them by the *****!”

When some of the workers at Pure Laboratories suddenly become violent and even start eating each other, everyone reacts differently. Some people freeze up, unable to process what’s happening. Some people run, trying to get as far away as possible. Others pull out their phones and start posting pictures online. Since anyone can go crazy at any point, no one can turn their backs on anyone else and paranoia is rampant. Is this violent behavior caused by a new drug? A virus? Are the people trampling each other in order to flee back to their homes spreading this infection throughout the city?

When Cain murdered his brother Abel, God placed a mark upon Cain lest any finding him should kill him. According to Mormon folklore, the mark God placed upon Cain made him look hairy and ape-like. Since no one can kill him, Cain still wonders the earth to this day in the form of Bigfoot. A group camping in the woods is about to have a terrifying encounter with the First Murderer involving an unidentified body, a hidden cave, and a scroll written in a forgotten language. By the end of their adventure, Cain may claim another victim.

Purchase Sin Lieth at the Door on Amazon 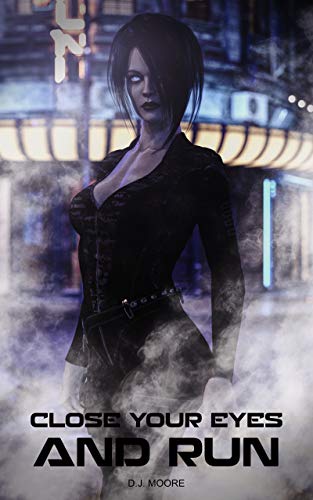 In the real world, Elemenope is a customer service representative, but in the virtual world of the Network, she is a vampire. Her life is about to get a lot more complicated when she meets Mer, a person who actually is what she only pretends to be.

Purchase Close Your Eyes and Run on Amazon

At times humorous, disturbing, or surreal, reading Innocence, In a Sense is like having a dream. It certainly seems like something important is going on if only you could make sense of it. Impermanence is the rule with shifting scenes and fluid identities. Characters inexplicably age or grow younger. The protagonist will suddenly become deathly afraid of something for no apparent reason. In a way, this book is a satire of existence.

As in the dream world, mundane chores often take on epic significance. Various temp jobs blur together into a single Sisyphean task. Our protagonist moves from one residence to another without any explanation, becoming obsessed with first one girl, then another. It’s as if a life has been pressed between the pages and different moments have been combined together with a dreamlike fabric. While the story may not make any logical sense, certain emotional truths remain intact.

Small insecurities get magnified when played out upon the dream stage. As the real and surreal blur together, readers discover that the nonsense may not be nonsense after all, but perhaps a metaphor for what’s happening in real life.

Purchase Innocence, In a Sense on Amazon

An agent is sent to investigate a new country, but there’s something strange going on. The new country seems to consist of little more than a campground haunted by a malevolent entity …and at least one camper is hiding a dark secret.

Vance is a restless soul. He’s constantly on the move from state to state in a never ending road trip, having one adventure after another. He meets many interesting characters along the way including a man obsessed with finding Jim Bridger’s treasure and another man who can’t be exposed to sunlight due to a skin condition. But he eventually discovers that he can’t outrun his problems forever.

Purchase Away on Amazon

After a day of shopping, Jimmy, Suzzy, Larry, and Benny attempt to find their car in the mall’s labyrinthine parking lot, a task that turns out to be more difficult than they imagined. Along the way, they encounter many strange characters based on Greek mythology. An absurdist tale that’s part Odyssey and part Seinfeld.

Purchase Escape from the Parking Lot on Amazon

Slice of Life and Vivisection are two related short stories. Slice of Life is a realistic portrayal of a directionless customer service representative named Jay, his ennui, and the antics of his colorful co-workers. Vivisection is the surreal nightmare version of events, the freakish dreams full of murder, monsters, and mayhem inspired by the banal world of real life.

Purchase Slice of Live/Vivisection on Amazon