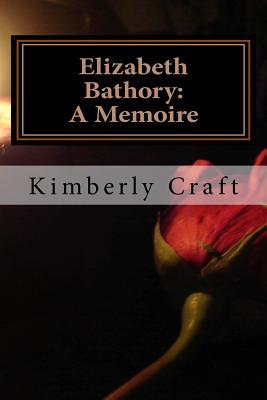 Erzsebet (Elizabeth) Bathory was a medieval Hungarian countess who supposedly tortured and killed hundreds of girls and bathed in their blood to keep herself young. Her story has been exaggerated a lot over the years. There’s no evidence she really bathed in blood, and the number of dead girls was wildly inflated. In fact, it’s even possible that she was completely innocent (see Tony Thorne’s book, Countess Dracula: The Life and Times of Elisabeth Bathory, the Blood Countess.)

Kimberly Craft has written the best non-fiction book making the case that Elizabeth was indeed guilty of at least some of the crimes she was accused of (Infamous Lady: The True Story of Countess Erzsébet Báthory), so I was interested to see how she’d tell the tale in a fictional manner.

Since the historical record is often spotty, there’s a lot we don’t know. Writing a fictional version of the story frees Craft up to explore what may have happened, given what little we do know. Elizabeth Bathory: A Memoire: As Told by Her Court Master, Benedict Deseö is the result.

I must admit, I was surprised by how sexually explicit the book is, although, given that Elizabeth Bathory is the subject of the novella, I probably should have expected it. This is a very sensationalist account with Elizabeth even drinking blood at one point.

The story is told by Benedict Deseo to Elizabeth Bathory’s son Paul years after Elizabeth herself has died. I personally didn’t think the framing story was necessary. For one thing, it didn’t make sense for Benedict to be the one telling the story since we sometimes get Elizabeth’s point of view in the flashbacks. It’s also sometimes unclear what Benedict tells to Paul and what he doesn’t. It was also hard to believe that Benedict would have told Paul about his parent’s sex lives in such detail and using such crude words. The only reason for the framing story I could think of was to add the supernatural flourish at the end, which I also felt was unnecessary in a largely realistic story.

Elizabeth’s motivation didn’t make a lot of sense either. She was mad at Benedict for standing her up when they were young, but why did she never ask him to explain? Why did he never explain? Benedict’s motivation also doesn’t make sense. Why did he remain in love with her for so many years despite her cruelty?

I was also disappointed to find that it was written using modern language. I would have preferred more historical details as well.

I’ve gone back and forth over the years between thinking of Elizabeth as guilty or innocent. I know this is a work of fiction, but I felt like it made a poor case for Elizabeth’s guilt. Her getting away with blatantly murdering left and right and people remaining loyal to her throughout just didn’t ring true. After reading this, I’m more convinced that she was innocent than I was before.