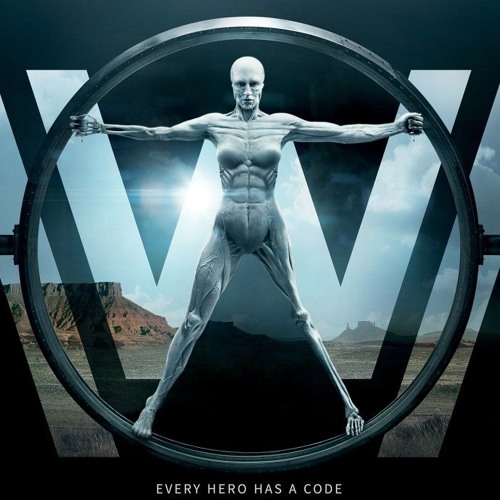 I really enjoyed the first season of Westworld, but I was disappointed with the second. Season 1 felt like a complete story by itself. Season 2 doesn’t really add much besides a revenge narrative, which I’ve never cared for. It just felt like violence for the sake of violence. Besides, killing countless robots that can easily come back to life isn’t just boring, it’s also rather pointless.

There are several moments where you’re supposed to be shocked at the violence, but after everything they’ve already shown us, how could you be shocked by anything at this point? The violence just gets more repetitive and meaningless in season two. We get introduced to Shogun World, which is supposed to be even more violent than Westworld. Because they use swords instead of guns, there’s decapitation and dismemberment, which is more violent than being shot, but Westworld had scalping and a guy’s head being smashed in by a rock, so the violence level is really about the same in my opinion.

And why is the writer for Westworld also the writer for Shogun World? Are writers an endangered species in the future? If your company can afford to build and maintain thousands of robots, you can certainly afford to hire more than one writer. Wouldn’t guests complain about the story lines being the same? Shogun World was a nice change of scenery, I guess, but since it’s really just Westworld with a different veneer, we don’t get anything new. It just felt like filler.

Season 2 reveals several things we should have known already. So everything that’s happened so far is on an island now? There’s lots of other parks that no one even thought to mention before? Dolores suddenly has knowledge of the outside world? Sure, why not.

Season 2 starts with a flash forward, which I’ve found is often a sign of lazy writing. They tell the story out of order just to try to surprise the audience. There’s nothing wrong with surprise reveals, of course, but your story needs to be more than just surprise. (Remember what Dr. Ford said about surprises being easy in the first season?) There’s also several unnecessary flashbacks, telling us things we already know. It’s like they’re trying to pad out the story, which is a bad sign for a show that only has ten episodes every other year.

(As an aside, when I saw The Man in Black’s wife, I thought she was too young to be his wife, but looking it up, the actors are both close in age. A combination of him looking old for his age and her looking young for her age makes them seem more mismatched than they really are.)

Dolores, champion of free will, has no problem reprogramming other robots to do what she wants them to. Maeve also reprograms robots to make them kill themselves (why not have them join her instead?). We’re meant to feel sympathy for Maeve and Dolores, but after watching them commit mass murder, it’s kind of hard to feel bad for them. Breaking Bad did a much better job of getting the audience to root for the bad guy.

A theme that continues from season one is the questioning of reality and free will. Do the robots actually have free will now, or are they still adhering to their programming? Do humans have free will or are we just programmed by our biology and culture? I guess it all depends on what your definition of free will is.

In the first season, it felt like life in the outside world was so perfect that everyone came to Westworld to experience excitement. In the second season, people treat their fellow humans as disposable. So you’d think the outside world would be more of a dystopia. The way we see humans treat each other this season, you’d think no one would need to come to Westworld in order to experience violence.

We’re told Westworld is so big, you can spend months looking for someone and not find them, but major characters happen to bump into each other constantly. The surprise reveals in the second season felt more tacked on. There’s also some confused hand-wavy explanation for why human minds can exist inside a computer, but not a robotic body that really didn’t make any sense.

I’ll probably watch the third season when it comes out, but after a second season which was largely filler, I won’t be expecting much.