I love podcasts. It’s great to have something to listen to while you’re doing yard work, house work, commuting, or doing repetitive tasks at your day job. I regularly listen to dozens of fiction and non-fiction podcasts (and I’m quite far behind on most of them as a result). Here’s a list of my favorites. If you know of any I should check out, let me know in the comments. (I’ve also listed my favorite stories from these podcasts on a separate page.) I’ve listed these in pretty much random order since which one is my favorite in each particular category changes over time.

StarShipSofa (District of Wonders network) – This one feels more like a magazine than the other podcasts listed in this category. In addition to their main fiction, they often include other features such as poetry, flash fiction, book and movie reviews, and articles on genre history. Host Tony C. Smith has a Geordie accent that’s hard to understand at times, but a delight to listen to. They feature work from the biggest names in science fiction today and they were the first podcast to win a Hugo Award. Highly recommended.

Escape Pod (Escape Artists network) – Unlike the rest of the podcasts on this list, the Escape Artists don’t make their full back catalog available for free, which is kind of a good thing because that makes it easier to keep up to date on their newer episodes (I’m still a few months behind anyway, but at least it’s not a few years behind like I am with some of the other podcasts.) Going strong since 2005, it’s the longest running Science Fiction podcast. Also highly recommended.

Clarkesworld Magazine – As far as I know, this isn’t part of any network. Unlike the others which have a rotating cast of narrators, Kate Baker always narrates for Clarkesworld (at least that’s the case for the ancient episodes I’m still listening to.) In addition to science fiction, Clarkesworld also does fantasy stories, but science fiction seems to be their focus, so I’m placing them in this category. Clarkesworld has been around since 2006 (although I think the podcast only goes back to 2009) and has won numerous awards as well, so it’s definitely worth checking out.

Lightspeed – Along with its sister podcast Nightmare, narration is usually done by Stefan Rudnicki or Gabrielle de Cuir. While the other podcasts in this category do funny stories from time to time, I feel like Lightspeed sticks to more serious fare. Like Clarkesworld, fantasy is sometimes included, but it feels more like a sci-fi magazine. I love the stories they do, but sometimes I’d like to hear a wider variety of narrators. Also worth checking out.

Beneath Ceaseless Skies – Largely a swords and sorcery magazine, but they’ve been known to publish surreal stories too from time to time which I love.

Tales to Terrify (District of Wonders network) – The horror version of StarShipSofa. 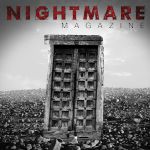 Nightmare – The horror version of Lightspeed.

No Sleep – Started on reddit, NoSleep features “creepy pasta” stories (fictional urban legends). The stories are always told from the first person point of view and it’s usually implied that telling the story is the last thing the narrator does before dying. They usually take place in the present and are supposedly true stories. This is the only podcast I listen to that I don’t fast forward past the commercials. This is because each commercial is turned into a mini horror story, which is very clever and fun to listen to.

Knifepoint Horror – Not a magazine like the rest on this list. These are works by a single author, Soren Narnia. Told from the first person point of view with little embellishment, not even proper titles. Meant to simulate the experience of someone you know telling you something that happened to them, similar to The No Sleep Podcast. 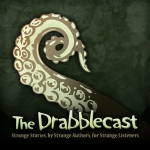 Drabblecast – Drabblecast might as well be part of the Escape Artists network since it’s run by many of the same people. They’ll run sci-fi, fantasy, horror, and humorous stories in equal measure. Host Norm Sherman is also a musician and sometimes includes songs. (I loved episode 307 which included a couple hilarious Christmas song parodies about Iceland’s Yulelads which made them sound like creatures out of a horror movie.) He’s also genuinely funny when not singing and some of his story introductions make you laugh out loud. Every year they have an H.P. Lovecraft month and a Women and Aliens month. This was my favorite overall podcast for a while, but unfortunately, they haven’t released a new episode in almost a year. I hope they’re not gone for good. 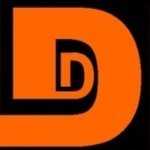 Dunesteef – Dunsteef also publishes sci-fi-, fantasy, horror, and humor in equal measure. Unlike the other podcasts on this list which only have one host at a time, they have two hosts who banter with each other about geek culture and other topics after each story. While I do enjoy the stories, I almost enjoy the banter more. Even though I’ve never met them, they feel like old friends.

The podcasts above are short story anthologies. This category (Top Serialized Podcasts) is for podcasts which tell a single story over the course of years. 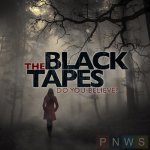 The Black Tapes – Presented as an NPR style podcast (the theme song is reminiscent of Serial). The main character, Dr. Richard Strand, is based on real life skeptic James Randi who has made it his goal in life to disprove supernatural claims and even offers a million dollar reward to anyone who can prove the supernatural is real. Skeptics usually look silly for not believing in the supernatural in X-Files type stories like this, but I think this podcast does a good job of making the skeptics seem reasonable most of the time, even though they’re living in a world in which the supernatural actually exists. Basically the X-Files but with demons instead of aliens. Very spooky and highly recommended.

TANIS – A spinoff from The Black Tapes, except instead of investigating demonic activity, it focuses on the search for a Shangri-La type place called Tanis and the grand conspiracy surrounding it.

Alice Isn’t Dead (Nightvale Presents) – Brought to you by the same people who do Welcome to Nightvale. The main character is a trucker driving across the country searching for her wife Alice, who is supposedly dead.