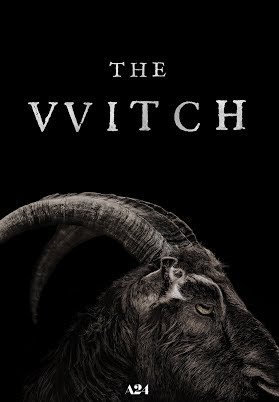 I finally got around to seeing The VVitch (2015). I liked that people spoke in period appropriate slang and wore period appropriate clothing. The discordant and minimalist music really added to the tension. I’m not an expert, but I think the film makers really succeeded in portraying witches in the way people of the time thought of them. You can tell a lot of historical research went into it. The acting is great and features some impressive work by child actors. However, in the end, I think it was ultimately just a typical horror film in which people get killed off one by one in a variety of gruesome ways. The fact that it fully embraces its historical setting certainly sets it apart from other horror movies, but I don’t think it was as ground-breaking as many others seem to think. Spoilers, including descriptions of some rather unpleasant things, below. Be warned.

One of the panels I went to at ComicCon last year was about the feminist themes of The VVitch. Now that I’ve seen the movie, I don’t think it’s particularly feminist. Sure, the family member who ends up surviving in the end is female, but most horror movies have a final girl who’s still alive at the end. The fact she lives isn’t enough to make this movie feminist.

Her mother and little sister are portrayed as annoying characters and they get killed off along with the male characters. What’s feminist about that? Also, as an audience member at the panel pointed out, Thomasin sells her soul to the devil at the end, so she becomes a servant of patriarchy, albeit a different patriarchy than the Puritan one she grew up in. What’s feminist about agreeing to serve a male figure for the rest of your existence?

Whether it’s feminist or not, the movie is certainly icky. There’s a scene early on in which a witch fondles a nude baby, pounds it into pulp, and then rubs the juice over her body. Yech. In another scene, an under-aged boy shows up naked and demented after being seduced by the witch. At another point, the mother imagines she’s breast-feeding her dead baby but it’s revealed that in reality, a raven is pecking at her breast and making it bloody. At the ComicCon panel, people claimed the witch’s victims deserved to die because of their hypocrisy or something. They did acknowledge that the baby was unquestionably innocent. As for the other characters, sure they were flawed, but that just made them realistic, not deserving of the death penalty.

Anyway, if you want a historically accurate portrayal of what Puritans feared that also leaves you feeling icky afterward, this is the movie for you. However, if you’re looking for a feminist movie, I don’t think this quite fits the bill. As always, feel free to leave a comment to let me know what you thought.