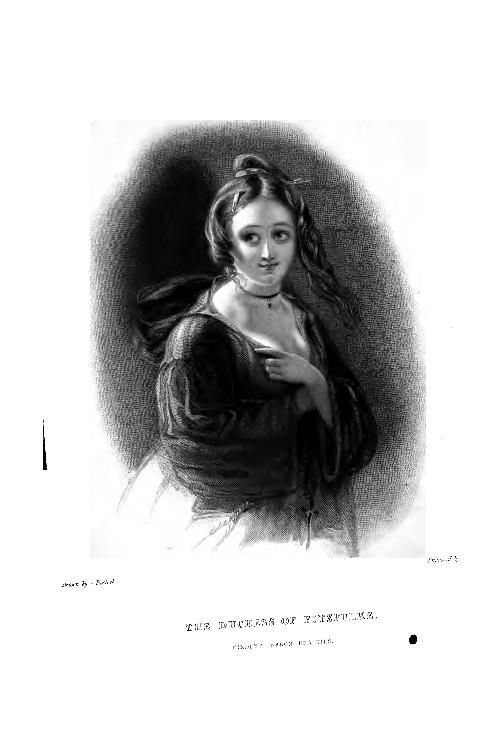 We last left Don Juan staying as a guest at an estate in the English countryside. Not much plot occurred in the last canto, and not much happens in this one either, but we do get more of Byron’s famous digressions.

He starts this canto with a discussion of suicidal tendencies.

A sleep without dreams, after a rough day
Of toil, is what we covet most; and yet
How clay shrinks back from more quiescent clay!
The very suicide that pays his debt
At once without installments (an old way
Of paying debts, which creditors regret)
Lets out impatiently his rushing breath,
Less from disgust of life than dread of death.

‘Tis round him, near him, here, there, every where;
And there’s a courage which grows out of fear,
Perhaps of all most desperate, which will dare
The worst to know it: — when the mountains rear
Their peaks beneath your human foot, and there
You look down o’er the precipice, and drear
The gulf of rock yawns, — you can’t gaze a minute
Without an awful wish to plunge within it.

‘Tis true, you don’t — but, pale and struck with terror,
Retire: but look into your past impression!
And you will find, though shuddering at the mirror
Of your own thoughts, in all their self-confession,
The lurking bias, be it truth or error,
To the unknown; a secret prepossession,
To plunge with all your fears — but where? You know not,
And that’s the reason why you do — or do not.
-Canto XIV, 4-6

(Can you believe I’ve been doing these quotations the hard way by transcribing them from a physical book up until now? I just realized I can look them up online and just copy and paste. What a time saver! Get ready for some longer quotes!)

Byron goes on to tell us poetry for him is just a form of play:

You know, or don’t know, that great Bacon saith,
“Fling up a straw, ’twill show the way the wind blows;”
And such a straw, borne on by human breath,
Is poesy, according as the mind glows;
A paper kite which flies ‘twixt life and death,
A shadow which the onward soul behind throws:
And mine’s a bubble, not blown up for praise,
But just to play with, as an infant plays.
-Canto XIV, 8

But “why then publish?” — There are no rewards
Of fame or profit when the world grows weary.
I ask in turn, — Why do you play at cards?
Why drink? Why read? — To make some hour less dreary.
It occupies me to turn back regards
On what I’ve seen or ponder’d, sad or cheery;
And what I write I cast upon the stream,
To swim or sink — I have had at least my dream.
-Canto XIV, 11

Some men in Bryon’s time were opposed to “petticoat influence”, that is rule by women. Byron, however, praises the petticoat:

‘Petticoat influence’ is a great reproach,
Which even those who obey would fain be thought
To fly from, as from hungry pikes a roach;
But since beneath it upon earth we are brought,
By various joltings of life’s hackney coach,
I for one venerate a petticoat—
A garment of a mystical sublimity,
No matter whether russet, silk, or dimity.

Much I respect, and much I have adored,
In my young days, that chaste and goodly veil,
Which holds a treasure, like a miser’s hoard,
And more attracts by all it doth conceal—
A golden scabbard on a Damasque sword,
A loving letter with a mystic seal,
A cure for grief—for what can ever rankle
Before a petticoat and peeping ankle?
-Canto XIV, 26-27

Back to the action. Don Juan proves to be pretty good at fox hunting, although he “rode o’er the hounds, it may be, now and then,/And once o’er several country gentlemen (Canto XIV, 33).” Juan is also an accomplished dancer and conversationalist and he continues to impress English society.

He draws the eye of a fellow guest, the Duchess of Fitz-Fulke. Although she is married and has a lover besides, she flirts with Juan, making Adeline jealous (even though she already has a husband and child herself.) Time for a digression on fair weather friends:

Oh, Job! you had two friends: one’s quite enough,
Especially when we are ill at ease;
They’re but bad pilots when the weather’s rough,
Doctors less famous for their cures than fees.
Let no man grumble when his friends fall off,
As they will do like leaves at the first breeze:
When your affairs come round, one way or t’ other,
Go to the coffee-house, and take another.
-Canto XIV, 48

Here’s another stanza I liked concerning the dread phrase, “I told you so”:

Of all the horrid, hideous notes of woe,
Sadder than owl-songs or the midnight blast,
Is that portentous phrase, “I told you so,”
Utter’d by friends, those prophets of the past,
Who, ‘stead of saying what you now should do,
Own they foresaw that you would fall at last,
And solace your slight lapse ‘gainst “bonos mores,”
With a long memorandum of old stories.
-Canto XIV, 50

Adeline and Don Juan are both 21 at this point in the story, although Adeline is six weeks older than Juan and thus considers herself more mature. Her husband, Lord Henry, treats her more like a sister than a wife. As this canto ends, we’re left wondering whether Juan will end up having an affair with Adeline or the Duchess of Fitz-Fulke.

I’ll end with another quote, this one concerning abolitionist William Wilberforce who was instrumental in abolishing the slave trade in the British Empire (although slavery itself wasn’t abolished until after Byron’s death).

Oh Wilberforce! thou man of black renown,
Whose merit none enough can sing or say,
Thou hast struck one immense colossus down,
Thou moral Washington of Africa!
But there’s another little thing, I own,
Which you should perpetrate some summer’s day,
And set the other half of earth to rights;
You have freed the blacks -— now pray shut up the whites.
-Canto XIV, 82

Well, there’s only two more cantos to go. Do you think I’ll be able to make it?