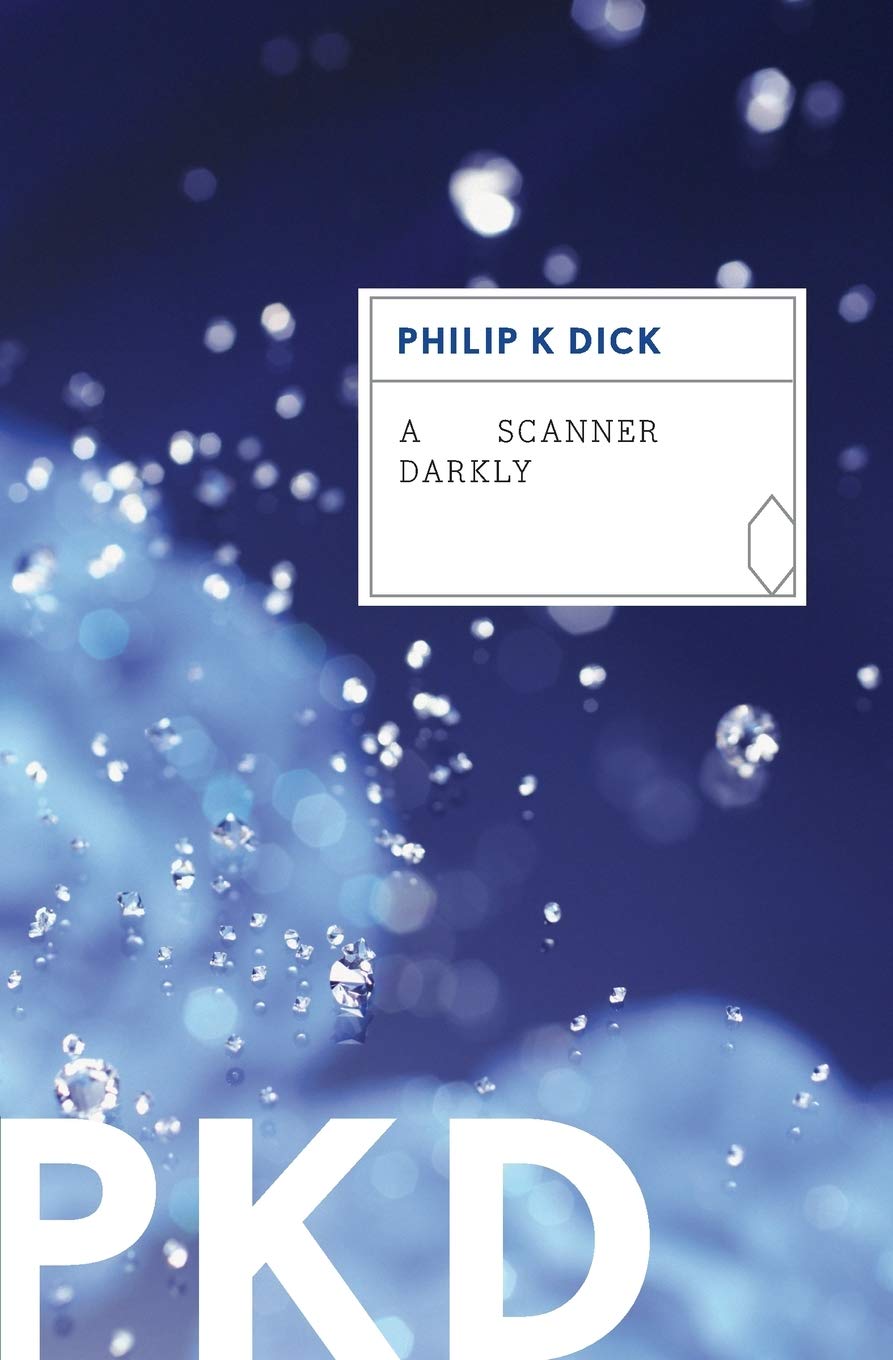 “If you were a diabetic and you didn’t have money for a hit of insulin, would you steal to get the money? Or just die?”

A Scanner Darkly is one of my favorite movies, so I thought it was time I read the book. It’s about a futuristic drug called Substance D that either kills people or permanently destroys their brains after a while, but because it’s addictive, users keep using it anyway. Philip K. Dick himself was damaged by drug addiction and bases some of the characters on friends of his, some of whom died due to drug use, so he knows what he’s writing about.

In this alternate future, everybody seems to be paranoid. Drug users are afraid of the police, of course, but the straights are afraid of hippies and commies. People have to show ID to enter shopping malls and apartments have guards. Even insurance companies have people spy on their neighbors. Even though it takes place in the 1990s, it’s obvious it was written in the 1970s due to references to the black panthers, the USSR, and characters saying things like “You jiving me.”

The main character is Robert Arctor, an undercover cop who uses Substance D because it’s required for his job. Over the course of the novel, he gradually gets more and more confused about who he is. Undercover cops use scramble suits which hide their identity when they’re not undercover. Because even his boss doesn’t know who he really is, he ends up getting assigned to spy on himself. We’re shown a fluid world where dealers become narks and narks become dealers.

Since large chunks of the book consist of nonsensical conversations between druggies, it’s really funny. It’s the kind of book that will make you laugh out loud several times.

Actor said, “I wonder whose face is on the hysterical five-dollar bill.”

“Well, who was our most hysterical President?”

“Bill Falkes. He only thought he was President.”

“When did he think he served?”

“He imagined he served two terms back around 1882. Later on after a lot of therapy he came to imagine he served only one term.”

While the book can be really funny, the damage done by drugs is also highlighted. We hear about babies who have to be given smack because they’re too young to withdraw yet. We see the horrible living conditions and abusive relationships that are caused by drug use and how horrible a bad trip can be. Overall, a fantastic book that I recommend everyone read.