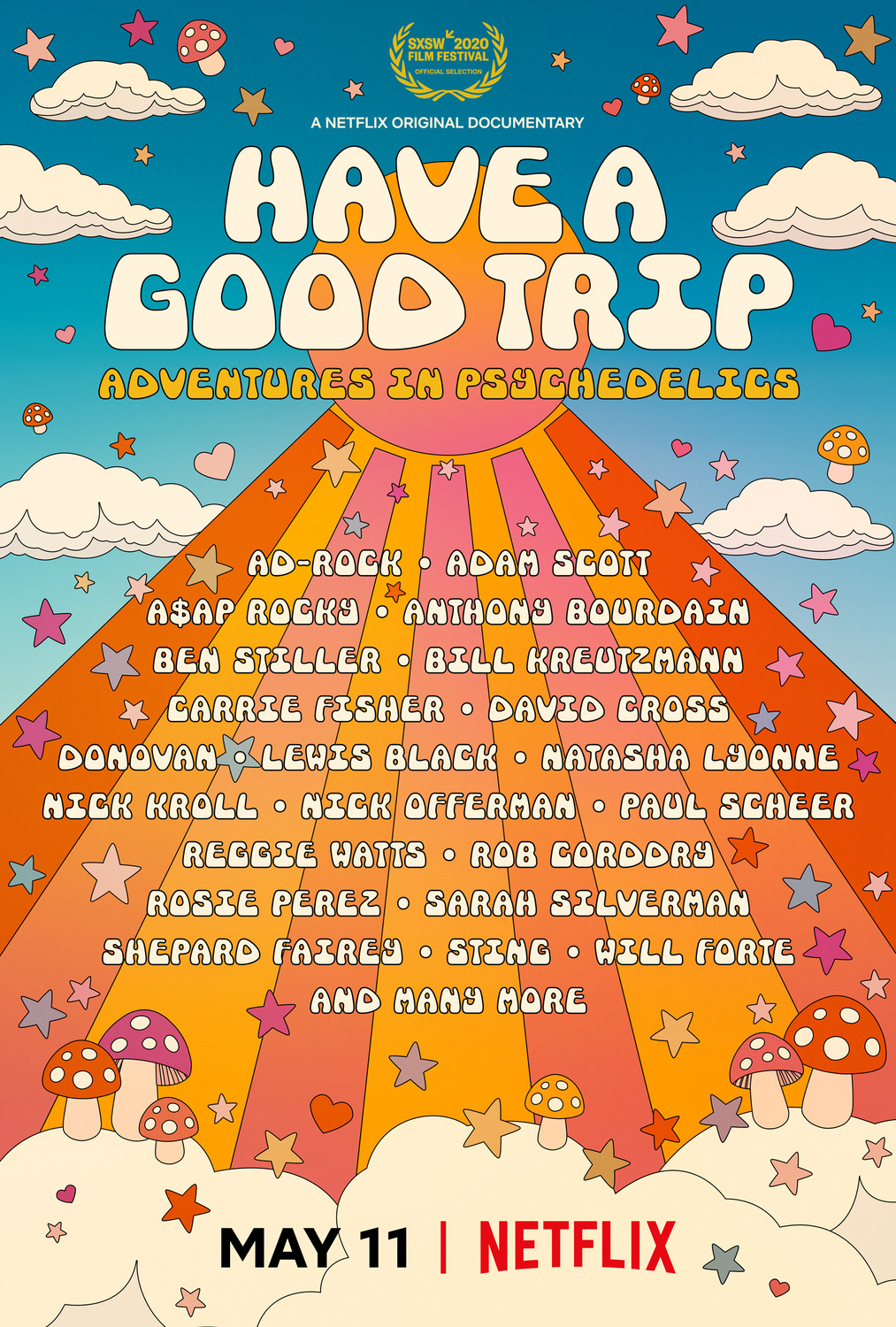 The new Netflix documentary Have a Good Trip: Adventures in Psychedelics interviews celebrities about their personal experiences with psychedelics and provides reenactments of their experiences. Some of the reenactments are animated while some are live action. There’s also a funny skit poking fun at 1980s after-school specials.

Coincidentally, three of the people in the film, Carrie Fisher, Anthony Bourdain, and Fred Willard, all died recently. I also thought it interesting that of the three women whose psychedelic stories were featured, two of them involved being topless in public.

I thought it was funny that Rob Corddry and Paul Scheer play each other. I’ll admit, some of the anecdotes reminded me of the saying that dreams are only interesting to the person who had them. However, some of the hallucinogen stories were genuinely interesting, in the same way other people’s dreams are sometimes interesting.

The documentary ridicules the idea that someone on hallucinogens would jump out a window. They didn’t go into it, but I think this story originated with what happened to Frank Olsen (for his story, watch the excellent documentary Wormwood, also on Netflix). Frank Olsen was involved in a CIA experiment in which he was given LSD and he ended up dying after falling from a hotel window. The CIA tried to blame his death on LSD, but it’s actually more likely he was executed.

Although Frank Olsen’s death was likely not LSD-related, there have been cases of other people jumping out of windows while on LSD (here, here, here, here, here, and here) so while it’s not common, it does happen. The documentary should have at least acknowledged this.

The documentary also ridicules the idea that hallucinogens can have lasting negative effects, even though they can. I don’t know how common these are, but a few of the long term effects from LSD include flashbacks, hallucinogen persistent perception disorder (HPPD), mood disorders such as depression, mental disturbance, and delusions. While they do acknowledge that bad trips can happen, I felt it irresponsible of them to not mention other bad things that can happen too.