Not all movies stand the test of time. We’ve probably all experienced shock at rewatching a childhood favorite only to discover it’s not as good as we thought it was. I remembered The Transformers: The Movie (1986) as being sophisticated because Optimus Prime dies in it and tried to get my wife to watch it one time, only to be chagrined to find out it’s basically just one long toy commercial.

Some children’s movies from earlier eras are problematic due to racism or sexism. I’ve often heard the excuse “It was a different time” used to justify this. We certainly shouldn’t judge the past by today’s standards, however not everybody at the time the movie came out would have agreed with its message, as evidenced by the fact that several movies from earlier eras remain watchable to this day.

And of course there are modern movies aimed at children such as Speed Racer (2008) which already don’t stand the test of time. Netflix has Speed Racer in its Children Aged 5-7 category. Let me just say Speed Racer is not for kids. My five-year-old was bored with it and stopped watching pretty early on. It’s just too serious for small children to enjoy. It’s a good thing she stopped watching when she did, since the movie features a scene later on in which a guy’s finger is eaten by piranhas as the guy screams with pain and blood fills the tank. Yikes. Netflix should reevaluate which movies they think are appropriate for five-year-olds.

I was reminded of this after writing the previous post expressing my disappointment in The Incredibles (2004). People in the future may look back on it and say, “Hey, it was a different time” even though many people today will tell you it has a terrible message. In one of the body-shaming moments, ElastiGirl expresses disappointment after seeing her big hips in a mirror. This reminded me of a scene in Peter Pan (1953) in which Tinkerbell looks at herself in a reflection and is ashamed at having wide hips as well. Making women ashamed of their bodies was terrible in 1953 and it’s still terrible today.

The Incredibles at least gives Mr. Incredible a black sidekick so it’s not as racist as Peter Pan which depicts Native Americans in a racist way. However, in Peter Pan only the villain, Captain Hook is guilty of murder (he causally shoots one of his crew for singing) while in The Incredibles, we’re supposed to root for Mr. Incredible and Dash as they murder countless henchmen with glee.

In Peter Pan, Mr. Darling acts like a jerk at the beginning, but his behavior is excused because he apologizes at the end. However, there’s no indication he’s planing on changing his ways. Overall, Peter Pan is a pretty terrible movie by today’s standards.

A movie that did stand the test of time, however, is Mary Poppins (1964). Like in Peter Pan, the father is also a jerk at the beginning, but unlike Peter Pan, he genuinely grows as a character and learns a lesson by the end. Also, the women in Mary Poppins aren’t jealous all the time. The female characters are actually strong. In fact, the mother is a suffragette! There’s no racism in Mary Poppins (unless you count Dick Van Dyke’s British accent). It features one of the first ironic slow claps, it has animation mixed in with live action, and it’s actually a fun movie young children enjoy watching. It also contains several memorable songs such as “A Spoonful of Sugar”, “Supercalifragilisticexpialidocious”, “Chim Chim Cher-ee”, and “Let’s Go Fly a Kite”. 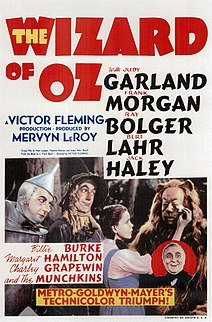 Another movie that stands the test of time is The Wizard of Oz (1939). It keeps the attention of young children, has several memorable songs such as “Over the Rainbow”, “Ding-Dong! The Witch Is Dead”, “If I Only had a Brain”, and “We’re Off to See the Wizard”. There’s several funny lines. It switches between color and black and white to indicate the difference between Oz and Kansas. Even after all these years, it’s still required watching if you want to be culturally literate. Not only has it been parodied numerous times, (sometimes more subtly than others like the flying cow in Twister (1996) recalling the flying cow when the tornado hits Kansas), but it also contains numerous memorable lines:

There are several other movies that remain watchable today. Robin Hood (1973) has a good mix of music and comedy, for one more example. So I don’t think we can keep using the excuse that bad movies from an earlier era are simply a product of their times. Compared with the good movies of their times, some movies are just plain bad no matter how much we liked them when they first came out.