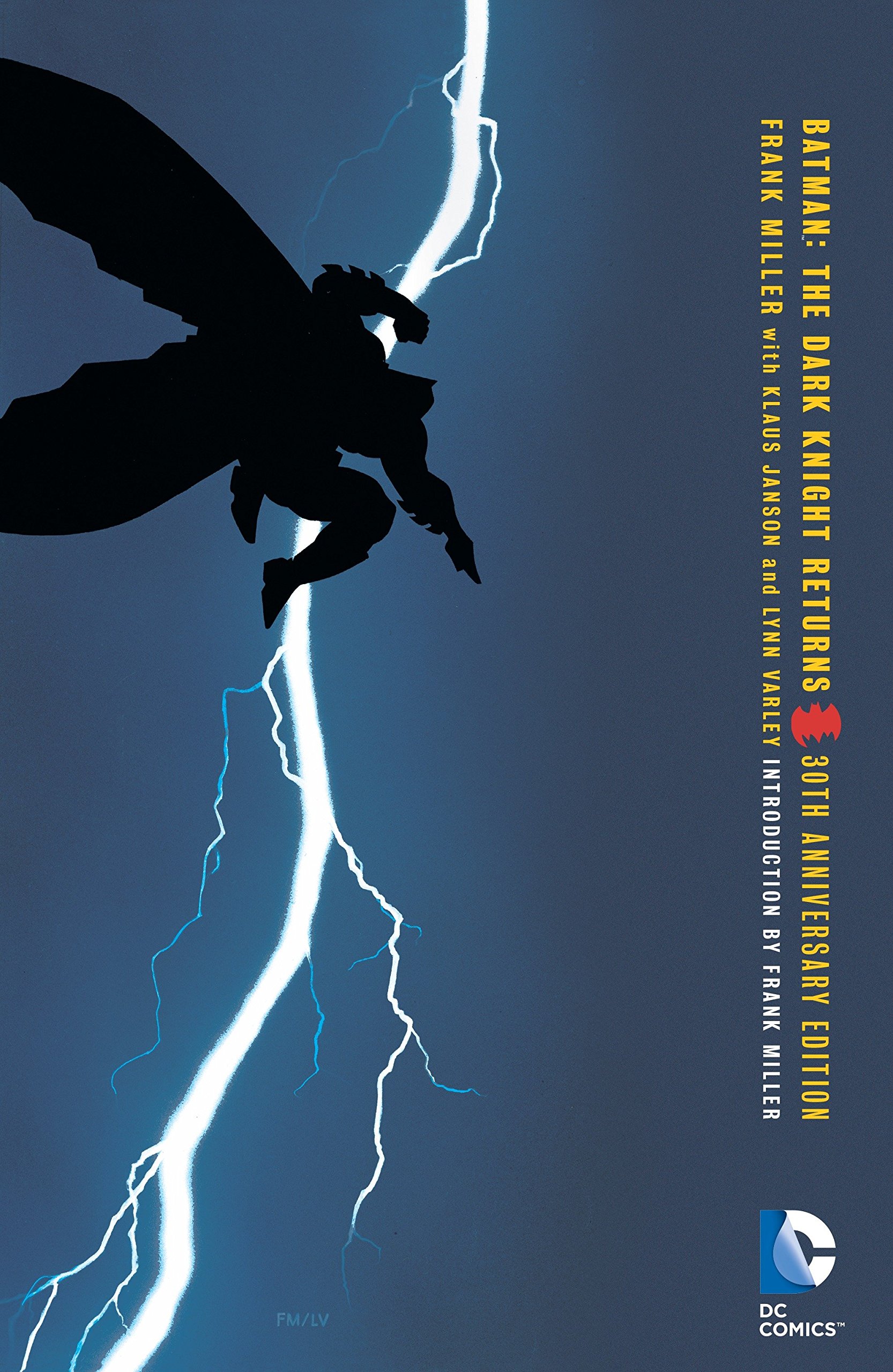 The premise is that Batman decides to retire from crime fighting after the death of the second Robin. However, without Batman, crime in Gotham skyrockets, so he decides to dawn the bat costume once again, despite now being in his 50s.

This comic was considered revolutionary for its time. Before this, Batman was best known from Adam West’s campy portrayal in the 1960s television series. This is a return to a darker, grittier Batman. Here, the Batmobile is basically a tank. We get a new female Robin. We also learn the reason Batman wears a bright yellow symbol on his chest is so criminals will aim for where his armor is, rather than his face.

One of this Batman’s chief reasons for fighting crime is he derives pleasure from frightening criminals and making them feel pain, so he’s a bit of a sadist. He stops short of killing them, but he does enjoy causing serious injury. In this world, his approach actually works. Batman scares criminals so much, the crime rate actually goes down as a result.

The artwork isn’t as impressive as you’ll find in comics today, but that’s to be expected. Most pages are divided into 16 panels which gives little room for artwork and sometimes makes it difficult to tell what’s going on. The 16 panels also means there’s more reading than you get in a typical 6-panel graphic novel. This makes for a slow read that feels like a chore at times. Especially since much of the dialogue is spent on debates between newscasters. This means Batman’s story often takes a backseat to uninspired political rants.

The anti-vigilante pundits are on the criminals’ side for some reason and psychologists gleefully return dangerous criminals to the streets because they’re that stupid. The concept of criminal reform is ridiculed, as is the idea that mental illness can be treated. The point the author seems to be making is that crime isn’t caused by societal factors, but rather by criminals not getting beat up enough. The only solution to crime is to punch it in the face!

It’s a bit confusing in places. Batman is initially torn up over the death of the last Robin, but doesn’t hesitate to deputize another Robin and put her into the same kind of danger. I’m not clear on why the mutant gang switches from trying to kill Batman to making him their leader and why he’d want the bad guys on his side. He might as well team up with the Joker. The motivation behind the Batman/Superman fight wasn’t entirely convincing either.

This was a ground-breaking comic when it was first published and it certainly influenced many comics that came after, but its simplistic violence-is-always-the-answer message certainly doesn’t hold up today.